In underground coal mines, coal dust and methane are produced by the mining processes of coal seams. Coal dust particles deposit on the entries, including the roof, rib, and floor areas, and can cause an explosion if they are entrained and ignited. In underground coal mines, fine coal particles that are produced by cutting processes can induce an explosion when entrained and ignited, for example, initiated from a methane explosion [ 1]. Such processes caused several disasters of mine fires like the explosion at the Upper Big Branches with 29 fatalities in 2010, and the Jim Walter No. 5 mine which killed 13 miners. The high number of fatalities in underground coal mines in the United States illustrates that coal dust explosions can occur if measurements for prevention are inadequate. Since NIOSH closed the Lake Lynn Laboratory for full-scale physical testing, there is no longer a facility available for suitable coal dust explosion tests in the U.S. However, scaled laboratory and field tests in combination with numerical models can reliably reproduce results of full-scale mine tests to investigate the behavior of coal dust in relation to methane gas explosions.

For the procedure of the experiments, a laboratory-scale horizontal steel tube is used to investigate the flame propagation of ignition of a methane-air concentration in presence of coal dust. The setup provides multiple data points for future comparison of CFD simulation tests and to extrapolate them to larger combustion geometries. The experiments were performed under standard conditions at about 294 K and 83 kPa, the atmospheric pressure in Golden, CO.
Anzeige
Fig.  1 shows a schematic of the experimental setup consisting of a zero-grade air and compressed methane cylinders, mass flow controllers (MFC), a mass flow meter (MFM), a mixing tank, a data acquisition (DAQ) device, and a steel tube with four ports for the ion sensors on the longitudinal axis. Several safety features have been installed to enable a secure operation of the system.
×
The laboratory-scaled reactor has a length/diameter (L/D) ratio of 26 with an open end to the atmosphere. The inlet and ignition system of the premixed combustible methane-air mixture is at the closed end. The threaded sensor ports are equally apart with a distance of 38 cm. Custom-built flame detectors are made from spark plugs that are modified to ion sensors. Each sensor is connected to its own voltage source and a common DAQ, which records the created voltage when the flame passes near the gap between the electrodes of the sensor. By the known distance between the ion sensors and the time of the detected signal, the flame propagation velocity is determined.
Fig.  2 shows the example of a signal from the passing of the flame. Pittsburgh coal which is known as high volatile bituminous coal with a particle size of d 85 < 75 µm, represents “float” coal dust in the intakes and returns of underground coal mines.
×
The proximate composition of the coal is shown in Table  1. The values have been measured according to ASTM D3172 and D 1989 [ 2]. As ignition system, a commercial 12 V auto battery, a capacitor, an ignition coil and a manual switch are used. The released energy of the produced spark is approximately 60 ± 5 mJ [ 3, 4]. Due to the high current of the battery, features for safe handling have been installed.
TABLE 1
Specification of the Pittsburgh coal dust
Anzeige

Prior to any tests, compressed building air flows through all lines to test for potential leaks. After the safety checks, the methane flows with a rate of 1.68 Pa*m 3/s and the air with 18.93 Pa*m 3/s at a pressure of 206 kPa through the mixing vessel to ensure a stoichiometric methane-air mixture (CH 4 concentration of 9.5%). The flow is controlled by an MFC for the methane gas and an MFM for the zero-graded air. The combustible mixture is filled for a time of 2 min ± 5 s into the steel reactor. A perforated aluminium foil covers the open end, which allows the purge of the ambient air in the reactor. To ensure stable conditions, a settling time of the gases is set to 1 min ± 3 s. The mixture is then ignited from the closed end of the reactor by the capacitive spark ignition system. After each test, the reactor and all lines are flushed with compressed building air, and the exhausts are sucked out by the building ventilation. Tests are perfomed with rock from Germany which ensures that the exhaust system can capture all dust particles. These experiments are used to study the influence of incombustible dust on the flame velocity and how it deviates from the experiments with the coal dust.
Two sets of experiments are conducted with either pre-dispersed or deposited coal dust. Tests of the deposited coal dust are placed on a metal plate within a specific zone. This zone is 23 cm long and represents the procedure of the large-scale experiments which were performed by researchers in Kloppersbos, South Africa [ 5]. In addition, four different coal dust concentrations are used: 100 g/m 3 (0.5 g), 200 g/m 3 (1 g), 416 g/m 3 (2 g), and 832 g/m 3 (4 g). As a reference, the influence on flame propagation velocity of methane-air mixture itself with and without the metal plate in the steel reactor is also analysed.

3.1 Results of the Deposited Coal Dust

The impact of the deposited coal dust shows a reduction in the flame front propagation velocity. Fig.  3 displays the comparison of the experiments with the methane-air mixture with (obstructed) and without (unobstructed) the metal plate and the deposited coal dust with the concentrations of 100, 420, and 830 g/m 3. The highest velocity of 70 m/s is measured without coal dust and occurs between the 3rd and 4th sensor. In contrast, the lowest velocity is 35 m/s which occurs with a coal dust concentration of 830 g/m 3. Coal dust particles, which are dispersed from the shockwave of the explosion, absorb heat and energy. This absorbed energy, which is needed to develop gas substances from the volatile matter of coal dust particles, is too low to start the gas forming processes. Therefore, the amount of gas is insufficient and cannot serve as fuel for the explosion and may explain the decrease of the flame velocity.
×
This effect differs from the literature and the conclusions of researchers who have conducted tests in horizontal tube reactors. However, the L/D ratio and the initial ignition energy is higher. It must also be highlighted that the coal dust has been initially injected and premixed with the methane-air mixture before the ignition of the combustible solid and gas phases [ 6– 8].

3.2 Results of the Pre-dispersed Coal Dust

Fig.  4 shows the results of the test when the coal dust was injected prior to the ignition of the premix. The injected coal dust has a negative effect on the flame velocity. The higher the concentration, the higher the reduction of the flame speed. This phenomenon occurs because coal dust particles provide a greater proportion of energy absorption. The diagram also displays that the mean flame velocity of the deposited coal dust occurs at a concentration of 100 g/m 3. It can be observed that the impact of the deposited coal dust on the flame velocity is less effective because fewer particles are dispersed, which act as an energy absorption medium. This effect is even more intensified with a higher concentration (200 g/m 3) since the average velocity in the last measuring sector is only 19 m/s.
×
Fig.  5 shows a series of images taken by a high-speed camera. The amount of coal dust used in this experiment is 0.5 g of pre-dispersed coal dust. It shows a large flame at the end of the reactor and strong blackbody radiation, which can be explained by the the high percentage of the finest coal dust particles involved and the exposure to the flame.
×

4 Design of an Experimental Reactor with Rectangular Cross-section

The second objective of the master thesis was the design and construction of a reactor with a rectangular cross-section to resemble an underground coal mine drift. An additional requirement of the reactor is to plan transparent sidewalls for an investigation of the entrainment and dispersibility of the coal dust explosion on a laboratory scale. Fig.  6 shows the final design of the experimental reactor consisting of plexiglass with a thickness of 12.7 mm as sidewalls and two U‑channels for stabilization. The length of the reactor is 153 cm and the cross-section is 161 cm 2. The plexiglass is sealed and bolted to the metal channel with a graphite gasket. Additional silicon is used to seal it completely. At the one end, the reactor is covered with a layer of plexiglass with an opening to slide in the steel tube. The other end is open for the exhaust ventilation. For safety reasons, the combustible mixture will only be ignited in the steel reactor. The design ensures a comprehensive observation of the evolution of the coal dust propagation over the whole length of the reactor. High-speed imaging provides an insight into the entrainment and burning coal particles as the methane flame passes through the containing coal dust zone.
×

The highest flame propagation velocity is achieved with a horizontal metal plate in the reactor. The mean flame speed decreases with the amount of coal dust added. This effect is observed both with deposited and with pre-dispersed coal dust. It is concluded that the pulverized coal in the reactor causes radiative absorption of the energy because the residence time in the steel reactor is too short. The coarser coal dust particles cool the flame temperature, as the initial energy of the explosion is too low to cook off volatile carbohydrates from the coal particles. Therefore, only the finest particles take part in the reaction. A second effect of adding coal dust as a fuel is the reduction of available oxygen and rendering the methane-air-coal dust mixture lean.

This work was supported by the Austrian Marshall Plan Foundation under the Scholarship 957121719222019.
Open Access This article is licensed under a Creative Commons Attribution 4.0 International License, which permits use, sharing, adaptation, distribution and reproduction in any medium or format, as long as you give appropriate credit to the original author(s) and the source, provide a link to the Creative Commons licence, and indicate if changes were made. The images or other third party material in this article are included in the article’s Creative Commons licence, unless indicated otherwise in a credit line to the material. If material is not included in the article’s Creative Commons licence and your intended use is not permitted by statutory regulation or exceeds the permitted use, you will need to obtain permission directly from the copyright holder. To view a copy of this licence, visit http://​creativecommons.​org/​licenses/​by/​4.​0/​. 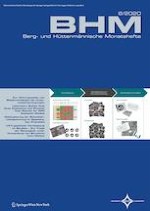