Land use change is one of the main drivers of species extinction. In Europe, grasslands are under active conflict between conservation efforts and increasing agricultural pressures. Here, we examine the demographic effects of differential land use on the herbaceous perennial Trollius europaeus L. (Ranunculaceae), a bioindicator of species-richness and ecosystem services in wet grasslands of Central Europe. Demographic data were collected in 2006–2009 from nine populations in seven protected sites of northeastern Germany representing four land use types. We constructed stage-based matrix population models to explore the effects of various land management on demographic viability of focal populations. We show that most studied populations are declining (λ < 1), although the estimates of local extinction vary between ≤15 years for grazed and woodland populations, and 20–99 years for mown and abandoned populations. The joint information from our elasticity analyses and life table response experiments revealed that reproduction, growth of small vegetative individuals and survival of reproductive stages are most important for population viability. Our study shows that the current land uses in protected areas where T. europaeus is found is incompatible with its long-term viability. We suggest that, when compatible with in situ practices, grasslands containing this species be mown after maturity in order to enhance seedling recruitment and to reduce competition for juveniles. Prolonged extinction times in abandoned populations offer a buffer to develop conservation schemes there. An improvement of conservation measures is urgently needed to maintain the populations of this important bioindicator and its associated community of moist species-rich fen grasslands. 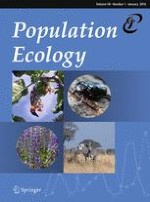