Attributed graphs are used to represent patterns composed of several parts in pattern recognition. The nature of these patterns can be diverse, from images, to handwritten characters, maps or fingerprints. Graph edit distance has become an important tool in structural pattern recognition since it allows us to measure the dissimilarity of attributed graphs. It is based on transforming one graph into another through some edit operations such as substitution, deletion and insertion of nodes and edges. It has two main constraints: it requires an adequate definition of the costs of these operations and its computation cost is exponential with regard to the number of nodes. In this paper, we first present a general framework to automatically learn these edit costs considering graph edit distance is computed in a sub-optima way. Then, we specify this framework in two different models based on neural networks and probability density functions. An exhaustive practical validation on 14 public databases, which have different features such as the size of the graphs, the number of attributes or the number of graphs per class have been performed. This validation shows that with the learned edit costs, the accuracy is higher than with some manually imposed costs or other costs automatically learned by previous methods. 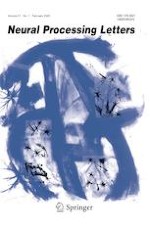 A Discriminative Approach to Sentiment Classification