Consequential LCA (CLCA) is becoming widely used in the scientific community as a modelling technique which describes the consequences of a decision. However, despite the increasing number of case studies published, a proper systematization of the approach has not yet been achieved. This paper investigates the methodological implications of CLCA and the extent to which the applications are in line with the theoretical dictates. Moreover, the predictive and explorative nature of CLCA is discussed, highlighting the role of scenario modelling in further structuring the methodology.

An extensive literature review was performed, involving around 60 articles published over a period of approximately 18 years, and addressing both methodological issues and applications. The information was elaborated according to two main aspects: what for (questions and modes of LCA) and what (methodological implications of CLCA), with focus on the nature of modelling and on the identification of the affected processes.

The analysis points out that since the modelling principles of attributional LCA (ALCA) and CLCA are the same, what distinguishes the two modes of LCA is the choice of the processes to be included in the system (i.e. in CLCA, those that are affected by the market dynamics). However, the identification of those processes is often done inconsistently, using different arguments, which leads to different results. We suggest the use of scenario modelling as a way to support CLCA in providing a scientifically sound basis to model specific product-related futures with respect to technology development, market shift, and other variables.

The CLCA is a sophisticated modelling technique that provides a way to assess the environmental consequences of an action/decision by including market mechanisms into the analysis. There is still room for improvements of the method and for further research, especially in relation to the following aspects: clarifying when and which market information is important and necessary; understanding the role of scenario modelling within CLCA; and developing a procedure to support the framing of questions to better link questions to models. Moreover, we suggest that the logic of mechanisms could be the reading guide for overcoming the dispute between ALCA and CLCA. Going further, this logic could also be extended, considering CLCA as an approach—rather than as a modelling principle with defined rules—to deepen LCA, providing the conceptual basis for including more mechanisms than just the market ones. 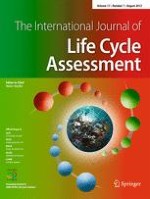