This work considers combinatorial designs in terms of the algebra of quantum spins, providing insights and techniques useful to both. The number 15 that is central to a famous problem of classical design theory, with origins in a recreational puzzle nearly two centuries old, coincidentally equals the number of basic operators of two quantum spins (“qubits”). This affords a 1:1 correspondence that we exploit to use the well-known Pauli spin or Lie–Clifford algebra of those 15 operators to provide specific constructions for that recreational problem. An algorithm is set up that, working with four basic operators conveniently rendered in a two-bit binary, generates solutions to quantum states. They can be mapped into four base colors or various tonal scales, thus leading to visual or acoustic realizations of each design. The Fano plane of finite projective geometry involving seven points and lines of an equilateral triangle, and the tetrahedron (a “three-dimensional simplex” of 15 points) are key objects in this study. They simplify the handling of two-qubit operator algebra and may be useful in wide contexts in the field of quantum information. In particular, the seven-parameter sub-algebra describes also what have been called X-states which, while being a subset of all two-qubit states, still embrace a wide variety of quantum correlations including entanglement and quantum discord. Extension to n qubits and higher-dimensional “qudits” with similar mappings of them to combinatorial designs and finite projective geometries is indicated. 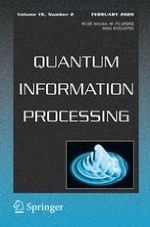