In this paper, multiplier-less nearly perfect reconstruction tree structured non-uniform filter banks (NUFB) are proposed. When sharp transition width filter banks are to be implemented, the order of the filters and hence the complexity will become very high. The filter banks employ an iterative algorithm which adjusts the cut off frequencies of the prototype filter, to reduce the amplitude distortion. It is found that the proposed design method, in which the prototype filter is designed by the frequency response masking method, gives better results when compared to the earlier reported results, in terms of the number of multipliers when sharp transition width filter banks are needed. To reduce the complexity and power consumption for hardware realization, a design method which makes the NUFB totally multiplier-less is also proposed in this paper. The NUFB is made multiplier-less by converting the continuous filter bank coefficients to finite precision coefficients in the signed power of two space. The filter bank with finite precision coefficients may lead to performance degradation. This calls for the use of suitable optimization techniques. The classical gradient based optimization techniques cannot be deployed here, because the search space consists of only integers. In this context, meta-heuristic algorithm is a good choice as it can be tailor made to suit the problem under consideration. Thus, this design method results in near perfect NUFBs which are simple and multiplier-less and have linear phase and sharp transition width with very low aliasing. Also, different non-uniform bands can be obtained from the tree structured filter bank by rearranging the branches. 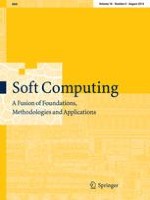