The robustness and noise warranty costs of many automotive friction materials like transmission belts or brake pad are directly affected by the frictional properties in cold start-up running. This paper presents a friction model for start-up running under cold conditions. The absorbed water, phase changes and variable lubrication regimes in cold start-up running are taken into account. The model includes the breakage of ice adhesion, ice–ice friction between the ice films on friction pairs, melting water-mediated mixed lubrication and boundary lubrication, friction elevation due to capillary adhesive effect, as well as dry contact in the end of cold start-up running. Thermal analysis is applied in conjunction with the friction model to estimate the parameters in phase transitions. A meniscus model is also integrated into the friction model to address the friction elevation due to the variation of water film thickness. It is illustrated that if the thickness of surface ice film is larger than a critical value, the static friction coefficient could be close to 1; if the thickness of melting water film is higher than the average roughness of the surface, static friction could increase due to capillary effect, and kinetic friction could decrease due to mixed lubrication resulting in wide modulation of friction during intermittent start-up transitions. This paper also presents the application of the model to elucidate the friction mechanisms in cold brake noise where the cold wet coefficient of friction (cof) could be substantially higher than the dry cof. The effects of temperature, roughness and load on cof are also characterized. 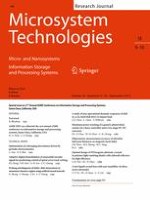