Based on the micromorphic theory (MMT), a size-dependent plate element is developed for the finite element analysis of materials with considering the microstructure effect. To this end, the strain energy and constitutive relations of MMT are generally written first. The relations are represented in the matrix form so as to obtain the finite element matrices. Then, based on the first-order shear deformation theory, the matricized formulation is reduced for the case of a plate model, and the micromorphic plate element is formulated accordingly. In order to show the efficiency of the developed element, it is utilized to address the bending problem of micromorphic plates subject to various kinds of boundary conditions. In the numerical results, the effects of small scale and other parameters on the bending behavior of micromorphic plates are studied. It is revealed that the present finite element formulation can be efficiently used in the analysis of small-scale structures owing to considering micro-deformation and micro-rotation degrees of freedom of material particles. 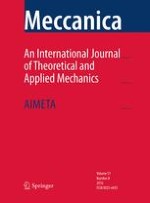