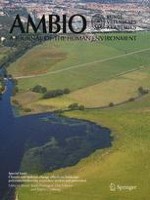 Change in spring arrival of migratory birds under an era of climate change, Swedish data from the last 140 years