Dissimilar metal weld failures between low alloy Cr-Mo ferritic steels and austenitic stainless steels made with Ni-base filler metals are typically observed along the fusion line. Such DMW failures often exhibit the onset of damage well before their expected service life. Failure is typically associated with a carbon-depleted region in the ferritic steel and formation of creep voids along a row of so-called Type I carbides. More recently, the formation of Type I carbides adjacent to a carbide-free ferrite band has also been observed in DMWs where the ferritic steel was a 9 pct Cr creep strength-enhanced ferritic steel. However, it has not been completely clarified whether these microstructural features formed during welding, post-weld heat treatment or service. In this study, single pass bead-on-plate welds were prepared on a Grade 91 steel substrate using commonly specified Ni-base weld metals; ENiCrCoMo-1, ENiCrMo-3, ENiCrFe-3, ENiCrFe-2 and EPRI P87 (ENiFeCr-4) and were characterized in the as-welded, post-weld heat treatment (PWHT) and aged conditions. The evolution of the ferrite band was found to form by a diffusion-controlled process and was observed after PWHT and aging associated with regions exhibiting steep concentration gradients in the partially mixed zone (PMZ). In this study, steep concentration gradients were observed along the toe of the weld whereas relatively shallow gradients were observed at the weld bottom-center, resulting in a discontinuous ferrite band along the fusion line during PWHT and aging. The variation in chemical gradients in the PMZ corresponded to different chemical potential gradients, which lead to differences in carbon diffusion during high-temperature PWHT and aging. The results of this study provide insight into potential solutions for minimizing the risk of failure in future applications. 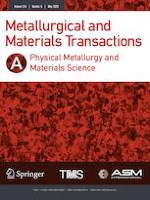