Sn58Bi (SnBi) composite solder pastes were fabricated with various amounts of Sn–3.0Ag–0.5Cu (SAC) particles addition by mechanical mixing technic. The microstructure, hardness, and shear behavior of the solder joints were investigated. The experimental results indicate that the addition of SAC particles in the composite solder pastes significantly increases the concentration as well as the grain size of Sn and Bi-rich phase in the microstructure of the SnBi–SAC solder bulks. Meanwhile, the amount of submicron Bi grains increases because of increasing SAC content. The hardness of the solder bulks decreases as the percentage of SAC particles varies from 0 to 8 wt%, but increases when the doped percentage rises from 8 to 15 wt%. The shear force shows an ascending tendency because of the addition of SAC particles into the solder pastes with the range from 0 to 5 wt%. As the concentration of SAC increases to 8 wt% and even 15 wt%, large voids can be observed and the shear force of the solder joints decreases. 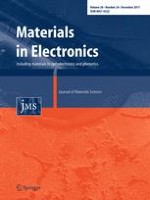 Fabrication and characterization of a phosphor based photon conversion film