The hydrothermal treatment of pentose-rich corncob under microwave irradiation was performed using SnCl4 as catalyst for furfural production in this study. The influences of the catalyst amount, reaction temperature and reaction time on the compositions of the hydrolysate and solid residue were discussed comparatively. The solid residue obtained was characterized by FTIR, XRD and SEM. The results showed that the cell wall structure of the treated corncob was destroyed to a certain extent under the function of catalysts during the treatment, and most of the hemicelluloses were released from the cell wall and entered the hydrolysate as hemicellulose-derived sugars, followed by the selective dehydration to furfural. When the temperature reached the preset value of 190 °C under microwave irradiation, the highest furfural yield of 9.0 wt% (based on the dry weight of corncob) was achieved from the one-step conversion of corncob under the microwave-assisted hydrothermal treatment with a 1 % amount of SnCl4 (based on the dry weight of corncob) and a solid-to-liquor ratio of 1:20. 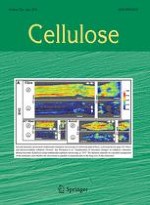