Throughout the developing world, mobile phones are spreading rapidly into rural areas where subsistence livelihoods, biodiversity conservation, and human–wildlife conflict (HWC) are each common. Despite this trend, little is known about the relationship between mobile phones and HWC in conservation landscapes. This paper examines this relationship within ethnically Maasai communities in northern Tanzania on the border of Tarangire National Park. Mixed qualitative and quantitative methods of data collection and analysis are used to (1) describe how Maasai agro-pastoralists use phones to manage human–wildlife interactions; and (2) assess the relationship between phone use and measures of HWC, controlling for other factors. The findings indicate that households use phones to reduce the number and severity of HWC events and that the relationship between phones and HWC varies according to the type of HWC. 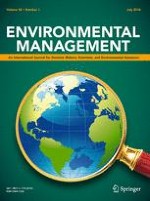