Wood fibres constitute the structural framework of e.g. wood, paper, board and composites, where stiffness and dimensional stability are of importance. An analytical modelling approach has been used for prediction of hygroelastic response, and assessment of the stresses in thick-walled cylinder models of wood fibres. A wood fibre was idealised as a multilayered hollow cylinder made of orthotropic material with helical orientation. The hygroelastic response of the layered assembly due to axisymmetric loading and moisture content changes was obtained by solving the corresponding boundary value problem of elasticity. A simple solution scheme based on the state space approach and the transfer matrix method was employed. This was combined with an analytical ultrastructural homogenisation method, used to link hygroelastic properties of constituent wood polymers to properties of each layer. Predicted hygroelastic response captured experimentally measured behaviour. Fibres that were constrained not to twist showed a stiffer response than fibres allowed twisting under uniaxial loading. It was also shown that the ultrastructure, i.e. the microfibril angle, will control the hygroexpansion in the same way as it controls the compliance of the cell wall. Qualitative failure trends comparable with experimental observations could be established with stress analysis and a simple plane-stress failure criterion. 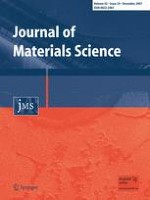