Emotions have been subject of research and deliberation in philosophy and psychology mainstream for a long time. In contrast, emotions have only emerged in artificial intelligence research as a serious topic in the last two decades. Year 2000, in particular, experienced a shift in attitude towards emotions and their relationship to human reasoning and human–computer interaction. This shift continued slowly but surely over the years and computational emotions can be seen as a mainstream research topic within artificial intelligence and cognitive systems. In this paper, we attempt to contribute to the development of this area by interpreting psychological theories of emotions computationally and translating them into machine implementable models. These models are generic and application independent which most of the current computational emotions models lack. We have selected two psychological theories, namely Millenson (The psychology of emotion: theories of emotion perspective, vol 4. Wiley, New Jersey, pp 35–36, 1967) and Scherer (Soc Sci Inf 44(4):695–729, 2005), that lend themselves, with varying degrees of difficulty, to the computational interpretation. Fuzzy logic was utilised as a tool to keep the fidelity of psychological interpretation of emotion. The paper discusses in details the computational interpretation of these psychological models and presents a full theoretical formalism in fuzzy logic type 1, implementation and detailed analysis of this psychologically grounded generic computational models. 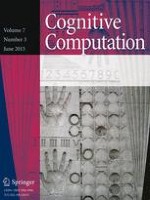 On Findings of Category and Other Concept Cells in the Brain: Some Theoretical Perspectives on Mental Representation