Damage due to moisture in polymer modified asphalt pavements has been investigated for several decades; yet, the exact and mathematical causes of moisture are not precisely known. Nanoscale experiment has been conducted in this study with an atomic force microscopy (AFM) to determine these effects in terms of adhesive and cohesive forces. A base asphalt binder and one polymer styrene–butadiene–styrene (SBS) were utilized to modify asphalt binders, which was used to prepare sample for testing on glass substrates under AFM. The asphalt samples were conditioned under wet and dry conditions. Current study formulates an artificial intelligence rule which predicts the moisture damage relation in lime and SBS modified asphalts. Base asphalt binders have shown larger adhesion/cohesion values compared to the polymer modified asphalt samples under dry conditions. However, this trend is opposite under wet conditions. Base binders are more susceptible to moisture damage than the polymer modified asphalt binders. ANFIS model (as compared to MLP and SVM) was found to be very promising in these points. The mean relative error was very low 0.02 and 0.03, respectively, for projected and observed data, which also showed the steady performance of the model. Statistical analysis was also performed for dry sample by executing of the three neural network models and found MLP’s performance was very good to other two models. 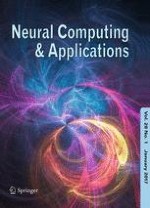 Heat transfer effects on carbon nanotubes suspended nanofluid flow in a channel with non-parallel walls under the effect of velocity slip boundary condition: a numerical study