In this study, we investigated the influence of environmental variables (predictor variables) on the species richness, species diversity, functional diversity, and functional redundancy (response variables) of stream fish assemblages in an agroecosystem that harbor a gradient of degradation. We hypothesized that, despite presenting high richness or diversity in some occasions, fish communities will be more functionally redundant with stream degradation. Species richness, species diversity, and functional redundancy were predicted by the percentage of grass on the banks, which is a characteristic that indicates degraded conditions, whereas the percentage of coarse substrate in the stream bottom was an important predictor of all response variables and indicates more preserved conditions. Despite being more numerous and diverse, the groups of species living in streams with an abundance of grass on the banks perform similar functions in the ecosystem. We found that riparian and watershed land use had low predictive power in comparison to the instream habitat. If there is any interest in promoting ecosystem functions and fish diversity, conservation strategies should seek to restore forests in watersheds and riparian buffers, protect instream habitats from siltation, provide wood debris, and mitigate the proliferation of grass on stream banks. Such actions will work better if they are planned together with good farming practices because these basins will continue to be used for agriculture and livestock in the future. 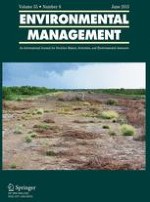 What is Novel About Novel Ecosystems: Managing Change in an Ever-Changing World