Semantic feature composition from image features has a drawback because it is unable to capture the content of the captions and failed to evolve as longer and meaningful captions. In this paper, we have proposed improvements on semantic features that can generate and evolve captions through the new approach called mixed fusion of representations and decomposition. Semantic works on the principle of using CNN visual features to generate context-word distribution and use that to generate captions using language decoder. Generated semantics are used for captioning, but have limitations. We have introduced a far better and newer approach with an enhanced representation-based network known as mixed representation enhanced (de)compositional network (MRECN), which can help produce better and different content for captions. As denoted from the results (0.351 BLUE_4), it has outperformed most of the state of the art. We defined a better feature decoding scheme using learned networks, which establishes an incoherence of related words into captions. From our research, we have come to some important conclusions regarding mixed representation strategies as it emerges as the most viable and promising way of representing the relationships of the sophisticated features for decision making and complex applications like the image to natural languages. 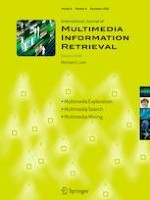 State of the journal