The unbalanced distribution of load among nodes is a critical issue of routing in multi-hop ad hoc wireless networks. The multipath OLSR (MP-OLSR) routing protocol offers an effective solution to the problem by providing multiple paths to the destination. However, in this protocol, there is no simultaneous consideration for energy and QoS metrics to measure the quality of links during route computation. Thus, the failure of node caused by battery depletion restricts its ability to relay packets and degrades the QoS performance of the MP-OLSR. In this paper, we propose a Multipath Battery and Queue Aware-OLSR (MBQA-OLSR) for energy efficient and load-aware routing, to conserve energy, balance load, and improve QoS performance. This was achieved by introducing a new Multi-Criteria Node Rank metric (MCNR), which comprises three node’s metrics related to energy and QoS, namely: residual battery, idle time, and queue length, to measure the quality of links between nodes based on a new link cost function, and therefore, selecting the most efficient and reliable paths to the destination. Additionally, an Energy Aware Multi-Point Relay (EA-MPR) mechanism was exploited in the MBQA-OLSR, to select the MPR set, to optimize the topological information flooding according to energy resources and nodes status. The MBQA-OLSR was evaluated under various simulation environments and the results demonstrate its superiority compared with original schemes. It achieved a packet delivery ratio gain up to 54.4 % and significantly reduced the end-to-end delay, number of dead nodes and the energy cost per packet in dense static networks. 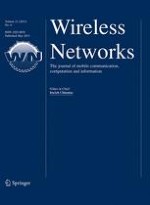