This paper presents a multi-robot exploration approach for application in wireless environments. The challenges generally faced by a robot team are to maintain network connectivity among themselves, in order to have an accurate map of the environment at each instant and have an efficient navigation plan for moving toward the unexplored area. To address these issues, we focus on the integration of such connectivity constraints and take navigation plan problems into account. A modified A* based algorithm is proposed for planning the navigation of the robots. A communication protocol based on the concept of leader-follower is developed for maintaining network connectivity. Mobile robots typically use a wireless connection to communicate with the other team members and establishes a Mobile Ad Hoc NETwork among themselves. A communication route is established between each robot pair for exchanging local map data, in order to achieve consistent global map of the environment at each instant. If the routes have multiple hops, this raises the problem of message delaying because time delay accumulates per hop traveled. The purpose of the proposed Leader Follower Interaction Protocol is to reduce the total number of hop counts required for all transmissions between robot pairs. This is different from the centralized approach where the leader is a fixed base station. The role of leader in the proposed approach switches from one robot to others as network’s wireless topology changes as robots move. Simulation results show the effectiveness of communication protocol, as well as the navigation mechanism. 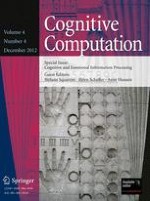