Human immune deficiency virus results a noncurable disease acquired immuno deficiency syndrome (AIDS). After a person is infected with virus, the virus gradually destroys all the infection fighting cells called CD4 cells and makes the individual susceptible to opportunistic infections which cause severe or fatal health problems. The most effective treatment for the disease is the highly active antiretroviral therapy (HAART) which requires a lifelong commitment to adhere diligently to daily medications, dosing schedules and making frequent clinic visits. Several studies show that the CD4 cells count is the most determinant indicator of the effectiveness of the treatment or progression of the disease. The objective of this paper is to investigate the progression of the disease over time among patients under HAART treatment. Two main approaches of the generalized multilevel ordinal models; namely the proportional odds model and the nonproportional odds model have been applied to the HAART data. Also, the multilevel part of both models include random intercepts and random coefficients. In general, four models are explored in the analysis and then the models are compared using the deviance information criteria. Of these, the random coefficients nonproportional odds model is selected as the best model for the HAART data used as it has the smallest DIC value. This selected model shows that the progression of the disease increases as the time under the treatment increases. In addition it reveals that gender, baseline clinical stage and functional status of the patient have a significant association with the progression of the disease. 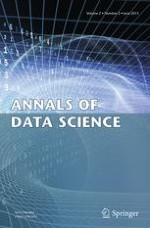 Testing Exponentiality Based on the Likelihood Ratio and Power Comparison