In order to strengthen the safety and to monitor the working states of numerical control system real time, a framework was developed to diagnose multi-kinds of potential connection-related faults in the system. This framework considered that the number of fault data is small and the map from position to applied torque is a complex nonlinear function, and adopted the method of support vector machine to decide whether fault states had occurred or would occur. Position signal and the torque monitoring one in this system were used to train the parameters of support vector machine where Gaussian function was employed as nonlinear kernel. The faults mentioned in this research were diagnosed from a simple decision function real time, where the parameters were from the trained results. The framework and a trained decision function were applied to an X–Y motion platform, where the process included data acquisition, training of support vector machine and fault diagnosis. Results validate that three working states including two kinds of faults can be diagnosed easily at the same time, and the method can be used to numerical control system feasibly. 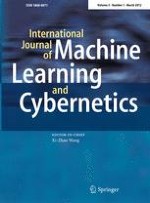