Multiple-instance learning (MIL) is a kind of weakly supervised learning where a single label is assigned to a bag of instances. To solve MIL problems, researchers have presented an effective embedding based framework that projects bags into a new feature space, which is constructed from some selected instances that can represent target concepts to some extent. Most previous studies use single-point concepts for the instance selection, where every possible concept is represented by only a single point (i.e., instance). However, multiple points may be more powerful for the same concept than a single. In this paper, we propose the notion of multiple-point concept, jointly represented by a group of similar points, and then build an iterative instance-selection method for MIL upon Multiple-Point Concepts. The proposed algorithm is thus named MILMPC, and its main difference from other MIL algorithms is selecting instances via multiple-point concept rather than single-point concept. The experimental results on five data sets have validated the convergence of the iterative instance-selection method, and the generality of the resulting MIL model in that it performs consistently well under three different kinds of relevance evaluation criteria (used to measure the relevance of a candidate concept to the target). Furthermore, compared to other MIL algorithms, the proposed model has been demonstrated not only suitable for common MIL problems, but more suitable for hybrid problems. 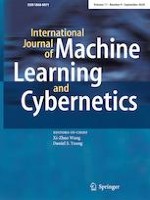