Laboratory diffraction contrast tomography (LabDCT) enables the user to reconstruct three-dimensional (3D) grain maps of polycrystalline materials. For each grain, the size, orientation, and 3D morphology including the number of faces can be derived. Since the technique is non-destructive, LabDCT opens up new possibilities for studies of microstructural evolution at the level of individual grains. The LabDCT setup is integrated on a commercial X-ray microscope, enabling correlation of the resulting grain map with complimentary information on, e.g., cracks, porosities, and inclusions. Here, the LabDCT principle is introduced, and recent materials science applications are presented. The first example on liquid metal embrittlement highlights the correlation of grain boundary properties and complimentary absorption information on grain boundary wetting. It is shown that the grain boundary energy determines whether wetting occurs or not. The second example is on grain growth. The grain statistics in this study, more than 1200 grains at two different time steps, were large enough to capture rare events such as abnormal grain growth and the annihilation of a grain with only three faces. 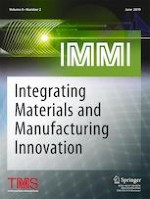