Mass density nonlinearity in a solid–solid phononic crystal and its effect on phononic band gap tunability are investigated. Also, a phononic On–Off switch is designed based on nonlinear phononic crystals. The proposed switch is formed of tungsten scatterers with a square arrangement, embedded in a poly methyl methacrylate background. Also, this structure contains a linear channel that creates a defect mode in the phononic band gap. Increment of input intensity causes the wave propagation medium to be dynamic. This effect allows phononic band gap to be tuned, and the defect mode frequency of the linear channel to be shifted to higher frequencies. Due to these features, the On–Off switch is designed and controlled by the excitation wave intensity. In the linear regime the switch is On, and by increasing the intensity of applied wave, it becomes Off. To the best of our knowledge, this is the first time a nonlinear phononic crystal switch is proposed. The calculated extinction ratio for the proposed structure is equal to − 19.96 dB, which seems to be suitable for switching applications. 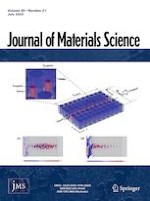