» Jetzt Zugang zum Volltext erhalten
Wichtige Hinweise
Translated from Problemy Prochnosti, No. 1, pp. 31 – 39, January – February, 2020.
The additive friction stir process provides a new approach to additive manufacturing by depositing and coating of a variety of similar and dissimilar materials with imparting them exceptional mechanical properties. During this process, the filler material can be deposited layer-by-layer on the substrate effected by heat and plastic deformation due to friction between the filler rod and substrate. For understanding complex physics of this advanced process, a numerical simulation model for the first layer deposition with the smoothed particle hydrodynamics method was constructed and implemented in an LS-DYNA commercial complex. The temperature distribution, material deposition, deformation and stress state were evaluated on the basis of simulation results. The Vickers hardness distribution was also measured in the experiment to verify the stress distribution. A higher stress observed on the top layer of deposition and Vickers hardness appeared to be similar characteristics due to the relationship between stress and hardness. 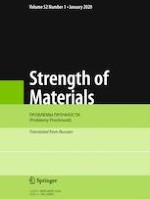 Mechanical Behavior and Formability of Quench and Partition Steel Sheets