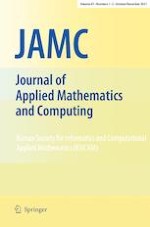 Correction to: A new full-Newton step interior-point method for P*(κ)-LCP based on a positive-asymptotic kernel function