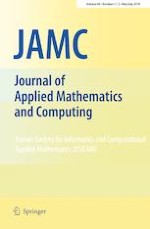 Quantum codes from the cyclic codes over

Optimal dividends with an affine penalty