After reviewing the initiation and growth models for discontinuous precipitation (DP) in metallic systems, this mode of transformation is examined in melt-spun supersaturated Cu-10 at.%Co. Detailed observations of the micro and nanostructures developed by DP and coarsening upon isothermal aging treatments at temperatures ranging from 450 to 650 °C are presented and discussed. Transmission electron microscopy has been extensively used in the characterization of precipitation phenomena. The analysis led us to propose a model for initiation and growth of DP and further coarsening in this alloy system. It is shown that, as precursor of DP, the onset of grain boundary migration is assisted by capillary forces and leaves a precipitate-free solute-depleted zone. Upon extended aging, discontinuous precipitation takes place as colonies of regularly spaced Co rod-like precipitates embedded in the depleted matrix. Discontinuous coarsening takes place generating arrays of coarser and wider-spaced precipitate colonies. Grain boundary curvature suggests that the transition from discontinuous precipitation to coarsening is related to the exhaustion of capillary, since in the latter, grain boundary migration occurs in the direction opposite to its center of curvature. 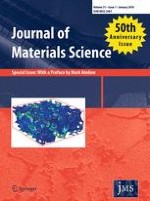