» Jetzt Zugang zum Volltext erhalten
Wichtige Hinweise
Preliminary results of this study were orally presented at WCSMO-11, June 7-11, 2015, Sidney, Australia.
This paper is dedicated to George Rozvany (1930-2015) - see more in the acknowledgement
This work was funded by the Villum Foundation through the NextTop project.

Optimal analytical Michell frame structures have been extensively used as benchmark examples in topology optimization, including truss, frame, homogenization, density and level-set based approaches. However, as we will point out, partly the interpretation of Michell’s structural continua as discrete frame structures is not accurate and partly, it turns out that limiting structural topology to frame-like structures is a rather severe design restriction and results in structures that are quite far from being stiffness optimal. The paper discusses the interpretation of Michell’s theory in the context of numerical topology optimization and compares various topology optimization results obtained with the frame restriction to cases with no design restrictions. For all examples considered, the true stiffness optimal structures are composed of sheets (2D) or closed-walled shell structures (3D) with variable thickness. For optimization problems with one load case, numerical results in two and three dimensions indicate that stiffness can be increased by up to 80 % when dropping the frame restriction. For simple loading situations, studies based on optimal microstructures reveal theoretical gains of +200 %. It is also demonstrated how too coarse design discretizations in 3D can result in unintended restrictions on the design freedom and achievable compliance. 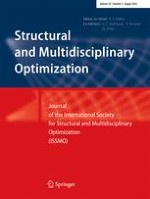