On the Security of “Secure and Lightweight Authentication with Key Agreement for Smart Wearable Systems” | springerprofessional.de Skip to main content
SUCHE MENÜ 1 2 3 4

The advent of smart and pervasive devices have paved the way for the development of Internet of Things in which, various smart devices collect information about the daily life of people and share it to the scientists and specialists. There are numerous applications in the domain of IoT such as smart healthcare systems in which, wearable devices collect health-related data from the users and transmit it for further processes. However, security challenges are a major concern in the success of smart healthcare applications. Specifically, to protect the security of communications among the wearable sensor devices and the gateways/servers, a secure and lightweight authentication scheme is needed. Recently, Li et al. proposed a lightweight authentication scheme for smart wearable systems (IEEE Internet Things J. 10.1109/JIOT.2020.2984618). Their protocol makes use of fuzzy extractor technique and lightweight operations such as bitwise XOR operations and cryptographic hash function. However, in this comment, we prove that Li et al.’s scheme is prone to the stolen wearable device attack and user impersonation attack. We also discuss the causes and provide some suggestions as the remedy.
Anzeige 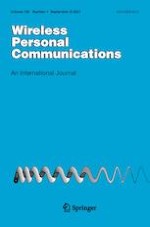