In future virtual network (VNet) environments, where heterogeneous networks will coexist and new business roles and models are expected, VNets cooperation for radio resource management is one of the key issues in order to achieve an efficient integration of different wireless technologies, while providing the required quality of service. In this paper, an algorithm for Virtual Radio Resource Allocation (VRRA), called OnDemandVRRA, in multiple and heterogeneous virtual networks environment is proposed and discussed. OnDemandVRRA manages the radio resources allocation to the VNets in order to satisfy the VNet contracted capacity. The algorithm has been assessed for two different Virtual scenarios by comparison with a Standard one, in which several network operators have their own networks, each being shared among several mobile virtual network operators. It is shown that the application of OnDemandVRRA to virtualise the wireless access allows achieving better performance from a cluster of several base stations of different radio access technologies, supporting the provision of the contracted capacity for guaranteed VNets, i.e., VNets with a minimum contracted capacity. Globally, it is observed that Virtual scenarios perform better than the Standard one, as the cluster serving data rate may increase by approximately 46 %, if minimum and reference values for the VNet’s contracted capacity have been set. Moreover, in this case, end-users performing best-effort services are served with an average data rate approximately three times higher than in other scenarios, where the reference data rate for the VNet providing these services is not set. 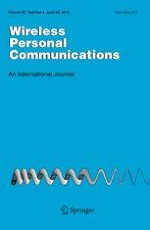