The synthesis of graphene quantum dots (GQDs) using organic compounds as carbon sources via bottom-up approaches has been widely developed, whereas their hybrids with other materials have been previously achieved post-synthetically via multi-step procedures. A novel approach for the preparation of supramolecular hybrid conjugates of GQDs and phthalocyanines (Pcs) via an in situ one-step bottom-up route was employed in this study. The as-synthesized GQDs and their Pc conjugates were characterized using different spectroscopic techniques and their photophysicochemical properties evaluated. Notably, the singlet oxygen quantum yields of the Pcs in the presence of GQDs were found to be 0.51 and 0.74 for 1-GQDs and 2-GQDs, respectively, as compared to the Pcs alone (0.18 and 0.70 for complex 1 and 2, respectively). The increase in triplet quantum yield (ΦT) values is complemented by a decrease in fluorescence quantum yield (ΦF). ΦT value of 0.96 obtained for the complex 2 after conjugation with GQDs is better or higher than the value of 0.74 as reported in the literature when complex 2 was conjugated to semiconductor QDs. Hence, this novel approach resulted in the derivation of hybrid materials with potentials for various photophysicochemical applications such as photodynamic therapy and photocatalysis. 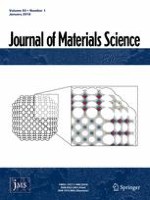 Magnetoresistance of graphite intercalated with cobalt