Two oil price shocks changed the pattern of cheap oil. The first was the Arab embargo on oil exports in 1973. Oil prices rose five fold. In 1978, the second was the fall of Shah Iran. Prices soared to $80–$100 a barrel in today’s prices. In 1960, OPEC was established and since then it has been a considerable political and economic force in the oil market. Two thirds of the world’s oil reserves belong to OPEC members. OPEC is accused of being responsible for most of the price increases due to their production cuts and market power. This paper provides a general framework to examine the role of OPEC in affecting oil prices through the extracted quantities. A mathematical model is developed to explore the objective function of OPEC, which includes economic and political considerations. The idea is that OPEC members consider both the political support of their citizens and profits when determining oil extraction rates. This support is represented by a “harm function” which was added to the objective function of OPEC. The solution of the model lends some support for inclusion of this harm function, through which OPEC benefits from the cuts in production aimed at harming the western countries. For this harm function to be meaningful empirically, OPEC members should have a high harm indicator, αt. With high harm indicator values, OPEC harms itself financially. The results suggest that OPEC appears to be accepting considerable monetary setbacks to appease its citizens’ taste for harming the West. At different discount rates, the monetary losses range from about 10–20%. Solving the mathematical model required estimation of the residual demand that OPEC faces plus the cost function that applies to OPEC production. This paper reports the results of these estimations. 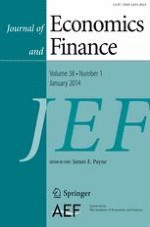