We evaluate the throughput performance of a mobile network cell where device to device (D2D) communication, using part of the resource blocks of the considered cell, is used to offload the base station (BS) of part of its content delivery traffic. We suppose download requests occur according to a Poisson process from uniformly distributed user locations and are preferentially satisfied by one or more helpers whose number and positions are described by a Poisson process in the plane. We characterize optimal content placement for both regular caching, where sets of entire objects are cached by the helper devices, and coded caching, where each helper caches random coded chunks of certain objects such that a download may successively require several helpers and the BS. A multi-class processor sharing model is developed to determine the optimal resource partition between D2D and BS subsystems and evaluate the resulting throughput performance. Numerical results demonstrate significant capacity gains, notably for coded caching, that may well justify the added complexity of D2D communication. 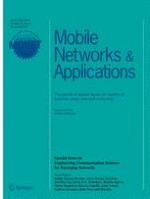