By using the air pluviation technique, it is aimed to achieve the desired relative density with uniform void ratio throughout the specimen in order to maintain the homogeneity and to avoid the spatial variability. Further, in order to achieve the maximum deposition intensity, a systematic optimization study has been carried out rigorously in a test tank to determine the diameter of the orifice to be employed for the sieve plates of different porosity and the number of sieve plates to be installed in the diffuser sieve sets. The study has been conducted with four different patterns of sieves with different porosity to achieve a wide range of relative densities for four different uniformly graded Indian sands. The dynamic penetrometer which is considered to be one of the cost effective instruments has been efficiently used to determine the soil resistance at various locations of the test tank for every given height of fall in order to check the uniformity of placement density throughout the sand bed. The study reveals that the sand beds of different relative densities could be achieved using different patterns of diffuser sieves at optimum sand flow rate without compromising the uniformity. The effect of height of fall as well as porosity of diffuser sieves on the relative density of different sands has been studied in detail. The deposition intensity and the relative density obtained from the present study are compared with the values available in the literature. 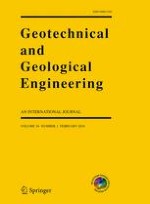