This study aimed to optimize Adaptive Neuro-Fuzzy Inferences System (ANFIS) with two optimization algorithms, namely, Genetic Algorithm (GA) and Particle Swarm Optimization (PSO) for the calculation friction capacity ratio (α) in driven shafts. Various studies are shown that both ANFIS are valuable methods for prediction of engineering problems. However, optimizing ANFIS with GA and PSO has not been used in the area of pile engineering. The training data set was collected from available full-scale results of the driven piles. The input parameters used in this study were pile diameter (m), pile length (m), relative density (Id), embedment ratio (L/D), both of the pile end resistance (qc) and base resistance at relatively 10% base settlement (qb0.1) from CPT result, whereas the output was α. A learning fuzzy-based algorithm was used to train the ANFIS model in the MATLAB software. The system was optimized by changing the number of clusters in the FIS and then the output was used for the GA and PSO optimization algorithm. The prediction was compared with the real-monitoring field data. As a result, good agreement was attained representing reliability of all proposed models. The estimated results for the collected database were assessed based on several statistical indices such as R2, RMSE, and VAF. According to R2, RMSE, and VAF, values of (0.9439, 0.0123 and 99.91), (0.9872, 0.0117 and 99.99), and (0.9605, 0.0119 and 99.97) were obtained for testing data sets of the optimized ANFIS, GA–ANFIS, and PSO–ANFIS predictive models, respectively. This indicates higher reliability of the optimized GA–ANFIS model in estimating α ratio in driven shafts. 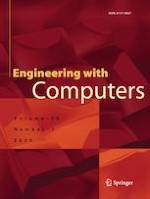