The microstrip patch antenna that have more than two feed points or lines is known as differential fed microstrip patch antenna. In this paper, firefly algorithm (FA) and artificial neural network (ANN) has been applied to a ‘Flower’ shaped differentially fed microstrip patch antenna for optimizing the return loss. This new optimization method is much faster than conventional optimization methods. FA is the new nature-inspired algorithm which is based on the flashing behavior of fireflies in the summer sky in the hot and humid regions. To validate the ability of FA, the results obtained from FA are compared with that obtained using genetic algorithm (GA) and ANN, and it has been observed that FA performs better as compared to GA. 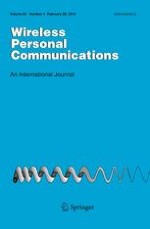 A Survey of Mobile Cloud Computing Applications: Perspectives and Challenges