For an optimized large-scale roll-out of EVs in Europe whilst at the same time maximizing the potential of DER integration, an optimized and enhanced grid architecture for EVs in Europe has to be considered. The work in this paper is addressing this topic and summarizing the corresponding project findings. The aim of this approach is to provide a framework for the further investigation of selected use cases which allows implementing and comparing scenarios of different DSOs. Following a Smart Grid approach, the developed grid architecture implements energy grid entities and ICT components. The general framework was described including all its relevant clusters and indicating related entities. The network types used for this architecture are following the SGAM and Smart Grid Standards Map approach. A so-called “Smart Grid Connection Point”, which is a generic system interface, is used in this work to allow a more simplified graphical architecture model and increase its readability. Similar to the concept and purpose of the Smart Grid Connection Point, also the principle of an integration bus for entity clusters was introduced. From the Integration bus, the information from/to external systems passes through the Smart Grid Connection Point using one of a range of possible technological options. The position of EVs charging infrastructure within the framework is defined at the border between the domains DERs (generation) and consumption, which takes into account future V2G scenarios, where EVs may act as consumption and generation devices. EVSEs and DERs may be connected as standalone systems directly to the grid, or indirectly as part of one of the clusters at the customer premises domain which refers to the three location-wise types of charging, public, semi-public and private charging. Regarding controlled charging of EVs this optimized architecture allows a variety of different local, distributed or aggregated options which may involve different types of actors. 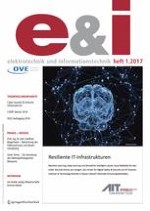