The application of Wireless Sensor Networks (WSNs) in healthcare is dominant and fast growing. In healthcare WSN applications (HWSNs) such as medical emergencies, the network may encounter an unpredictable load which leads to congestion. Congestion problem which is common in any data network including WSN, leads to packet loss, increasing end-to-end delay and excessive energy consumption due to retransmission. In modern wireless biomedical sensor networks, increasing these two parameters for the packets that carry EKG signals may even result in the death of the patient. Furthermore, when congestion occurs, because of the packet loss, packet retransmission increases accordingly. The retransmission directly affects the lifetime of the nodes. In this paper, an Optimized Congestion management protocol is proposed for HWSNs when the patients are stationary. This protocol consists of two stages. In the first stage, a novel Active Queue Management (AQM) scheme is proposed to avoid congestion and provide quality of service (QoS). This scheme uses separate virtual queues on a single physical queue to store the input packets from each child node based on importance and priority of the source’s traffic. If the incoming packet is accepted, in the second stage, three mechanisms are used to control congestion. The proposed protocol detects congestion by a three-state machine and virtual queue status; it adjusts the child’s sending rate by an optimization function. We compare our proposed protocol with CCF, PCCP and backpressure algorithms using the OPNET simulator. Simulation results show that the proposed protocol is more efficient than CCF, PCCP and backpressure algorithms in terms of packet loss, energy efficiency, end-to-end delay and fairness. 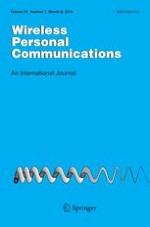