Along with the increasing demands for the applications running on the wireless sensor network (WSN), energy consumption and congestion become two main problems to be resolved urgently. However, in most scenes, these two problems aren’t considered simultaneously. To address this issue, in this paper a solution that sufficiently maintains energy efficiency and congestion control for energy-harvesting WSNs is presented. We first construct a queuing network model to detect the congestion degree of nodes. Then with the help of the principle of flow rate in hydraulics, an optimizing routing algorithm based on congestion control (CCOR) is proposed. The CCOR algorithm is designed by constructing two functions named link gradient and traffic radius based on node locations and service rate of packets. Finally, the route selection probabilities for each path are allocated according to the link flow rates. The simulation results show that the proposed solution significantly decreases the packet loss rate and maintains high energy efficiency under different traffic load. 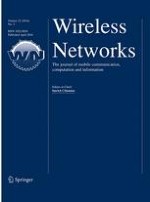