Random Access techniques are many, most of which are designed for a limited number of mobile nodes. However, in a 5G Internet of Things environment, the design of random access must accommodate a very large number of devices which are heterogeneous in nature, and packets are in general short and come in a variety of lengths. Variable lengths of short packets may waste bandwidth if each packet transmits at the beginning of a time slot. In this paper, packet squeezing allows for a packet to make a selection between aligning to the beginning and aligning to the ending of a time slot. Two or more nodes transmitting at the same time slot may not result in a collision if two conditions are met simultaneously. First, one node selects an alignment mode different from that of the remaining nodes. Secondly, the sum of the time durations of two “representative” packets is shorter than the duration of a time slot. The performance analysis demonstrates that the throughput gain due to the packet squeezing is significant. The gain of packet squeezing can be enhanced by time slot management, where a transmitting node randomly selects a set of points of Finite Projective Plane and transmits at the time slots corresponding to the points of the chosen set. Due to the rather uniform distribution of the transmitting nodes and fewer empty time slots, the gain of packet squeezing is further improved for the entire frame. Based on the simulation results and analysis, we have observed that the time slot management extends the range of packet arrival rate of peak throughput for packet squeezing. Lastly, we compare and contrast the combining of packet squeezing and time slot management with well-known random access protocols of IoT such as slotted ALOHA and NOMA, and simulate real systems to verify the results of performance analysis. 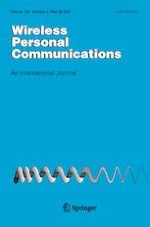