Wireless ad hoc networks are going to be an emerged multi-hop communication exploit among mobiles to deliver data packets. The special characteristics of Wireless network make the communication link between mobiles to be unreliable. To handle high mobility and environmental obstacles, most of physical routing protocols do not consider stable links during packet transmission which lead to higher delay and packet dropping in network. In this paper, we propose path observation based physical routing protocol named POPR for WANET. The proposed routing protocol incorporates relative distance, direction and mid-range forwarder node with traffic density to forward the data toward destination in order to improve physical forwarding between and at the intersection. Simulation results show that the proposed routing protocol performs better as compared to existing solutions. 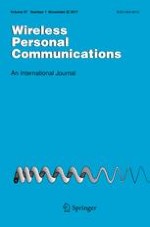 Comment on “Impact of Interference on Coverage in Wireless Sensor Networks”