Modified zeolites (MZs) were prepared by loading different concentrations of hexadecyltrimethylammonium (HDTMA) solution: 0.5, 1.0 and 2.5 mmol/L onto raw zeolites (RZ) that were then used as adsorbents to remove estrogen contaminants from water. The RZ and MZs were characterized by FTIR, BET, SEM and Zeta potential tests, which proved that the HDTMA had been successfully loaded into the zeolites and did not alter the structure of the mineral. Loading the HDTMA into the zeolites changed their surface properties from hydrophilic to hydrophobic, which increased their adsorption capacity for the estrogens E1 and E2. The adsorption equilibrium data of the MZs were found to conform to the Langmuir isotherm. The adsorption kinetic data were found to obey a pseudo-second-order model. The adsorption mechanism was dominated by distribution effects, combined with surface adsorption. Batch experiments were conducted using the MZs as a function of contact time, initial estrogen concentration, temperature, pH and natural organic matter. The experimental results indicated that low initial concentration, low temperature, and low pH in the range of 5.0–7.0 were favorable for adsorption of E1 and E2. As a result, MZs were concluded to be effective adsorbents for the removal of estrogen contaminants from wastewater. 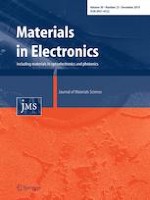