The morphology, crystallinity, crystallite size, and production yield of bacterial cellulose (BC) produced with six different carbon sources (glucose, fructose, lactose, maltitol, sucralose, and xylitol) in static and agitated fermentation conditions by five strains of Komagataeibacter xylinus (KX, TISTR 086, 428, 975, and 1011) which are locally available, were studied. In static condition, the BC pellicle was formed as a membrane sheet at the medium surface exposed to air, while in agitated condition, the spherical or asterisk-like shape BC particles were obtained in the culture media. The XRD and FT-IR analyses found no significant differences in the cellulose crystallinity, crystallite size or polymorphic distribution within the carbon sources. However, changes in crystallinity and mass fraction of the Iα allomorph were observed in BC produced from the different bacterial strains and incubation conditions. The BC samples produced by the same bacterial strain with the varying culture conditions showed the alteration of physical properties more clearly than the BC samples prepared by the opposite situation. These findings suggested that the strains of bacteria and fermentation conditions strongly affected on the physical structures of BC. 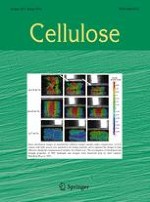