This paper aims to explain how the paired-cell overlapping loops of cards with authorisation (POLCA) system can be an efficient practice to coordinate the production flow in supply chains (SCs). For this purpose, it describes a case study using POLCA between connections in an automobile industry SC. For adequate functioning of the POLCA system, it is proposed the combined use of such system with electronic data interchange and just in sequence. The methodology used in this research was the Case Study. Thus, a proposal was developed based on literature and field research. After that, the proposal has been validated through simulation. The simulation shown in the present study reveals that the proposal has the potential to allow the company maintaining its supply with a significant inventory reduction, therefore with a better production flow coordination with its dashboard supplier. The paper revealed a new and very promising mechanism for a company coordinates its production flow: the POLCA/EDI/JIS logic. This research has shown that POLCA system logic can also be used to coordinate the production flow between a company and its suppliers. To the best of our knowledge, any paper in literature presented this use for the POLCA system. 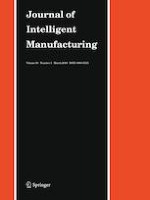