Estimating long-term population trends is vital for the conservation and management of species, yet few trends exist and fewer still are verified with independent measures. We compared three independent measures of change in population size over 27 years (1984–2011) for a significant Little Penguin Eudyptula minor colony in south-eastern Australia: (1) a series of 13 colony-wide surveys conducted in eight separate years, (2) mean nightly counts of penguins returning to breeding sites (365 counts × 27 years) and (3) population growth rates from a demographic model based on survival and recruitment rates measured at three sites each year. Colony-wide surveys of burrows were used as a benchmark of change in population size in the 8 years they were conducted as they were a robust measure of population size corrected for intra-annual variation in burrow occupancy using mark-recapture modelling at six reference sites. However, the demographic model matched the trend from colony-wide surveys with greater resolution in years and with less effort. Beach counts were unreliable for monitoring trends for the entire population due to its singular and peripheral location in the colony. Trends indicate a doubling of the population from 1984 to 2011 despite a marked population contraction linked to a mass mortality of a key prey species. The colony appears secure but remains subject to changes in the marine and terrestrial environments in the longer term. 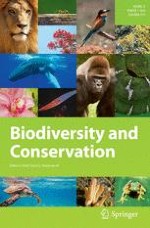