Heterogeneous catalytic reactions based on single metal–organic framework (MOF) material for the oxidative carboxylation of olefins following a tandem process, which involves the epoxidation of olefins and subsequent epoxide–CO2 cycloaddition, are highly desirable and economical for CO2 chemical fixation. In this work, a new trans-A2B2-type porphyrin ligand, 5,15-di(m-benzoato)-porphyrin (H2DMBP), was successfully synthesized and utilized for constructing a novel, highly porous, and stable Nd-porphyrin MOF, named CSUST-2. (CSUST stands for Changsha University of Science and Technology.) Furthermore, the coordinatively unsaturated Co(II) ions were implanted into the MOF by exploiting the innate non-metallated porphyrin ligands to generate Co(II)@CSUST-2 framework, which was evidenced to act as an efficient recyclable catalyst for oxidative carboxylation of olefins in the presence of tert-butyl hydroperoxide (TBHP) as an oxidant and tetrabutylammonium bromide (n-Bu4NBr) as a co-catalyst under mild conditions (1 atm CO2, 75 °C, and without solvent). 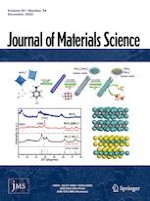