Twinning is an important deformation mechanism for Mg and other hexagonal metals. While twin nucleation is known to depend on the size and crystal orientation of the parent grain, so far there is no satisfactory criterion to predict twin nucleation in a polycrystalline Mg alloy prior to its deformation. In this work, machine learning is employed to tackle this problem. From a single-phase, polycrystalline Mg-0.47 wt pct Ca extruded alloy, three micro-tensile specimens, E-0, E-45, and E-90, were fabricated with their tensile axis being 0, 45, and 90 deg from the extrusion direction. Each specimen was deformed by 4 pct tensile strain in a scanning electron microscope. Six hundred thirty-six grains from E-0, 572 grains from E-45, and 840 grains from E-90 were characterized by electron backscattered diffraction (EBSD) before and after deformation. Twin nucleation was identified in 27, 150, and 220 grains in E-0, E-45, and E-90, respectively. Eighteen attributes that can influence twin nucleation, such as grain diameter, c-axis direction, and Schmid factors, were computed for each grain. Five machine learning algorithms, including decision tree, tree ensemble (XGBoost), artificial neural network (ANN), support vector machine (SVM), and naïve Bayes, were used to build models to predict twin nucleation according to a grain’s 18 attribute values, with E-45 as the training set and the other two specimens as the test sets. The ANN and SVM models show the best performance, both achieving ~ 87 pct prediction accuracy for specimens E-45 and E-90. None of the models perform well for E-0 because of the imbalanced class distribution in this specimen. The unpredicted twin nucleation events in E-90 mostly originate from triple junctions or twin–twin transmission at grain boundaries. 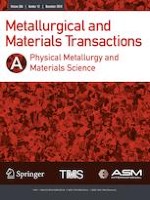