The circulation of library literature can reflect the utilization of literature, which is of great significance to the prediction. In this study, the Radial Basis Function (RBF) neural network was optimized by Grey Wolf Optimizer (GWO), and the optimization effect of GWO was improved by tent chaotic sequence. The improved GWO-RBF (IGWO-RBF) optimization model was obtained and applied to the prediction of library literature circulation. The experimental results showed that the IGWO-RBF could accurately predict the circulation of literature, with very small prediction error. The RBF prediction curve had the highest fitting degree with the actual curve, followed by the GWO-RBF model and IGWO-RBF model, and both the root-mean-square error (RMSE) and mean absolute percentage error (MAPE) of IGWO were small, indicating good prediction accuracy. This study proves the effectiveness of the RBF optimized model in the prediction of library circulation, and it can be popularized and applied in practice. 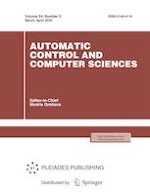